Vietnam Rings for Veterans that they rightly deserve. Vietnam War was also called as second IndoChina war and simply as Vietnam Conflict. It was a long drawn war that lasted close to 20 years from 1955 till 1975. The involvement of US army in the conflict officially began in 1964 and ended in 1973. Official reports say that 2.7 million American men and women served in the war. Close to 58,000 US military personnel lost their lives. Around 153,000 American soldiers were wounded. This war was particularly tough due to the extensive use of guerilla war tactics that were used by the opponents.

For some time commemorative jewelry has been used as a means of commemorating the service of the Vietnam veterans. While there are is a lot of jewelry available, the most simple and affordable is the Vietnam rings. As a veteran yourself, you can take pride in wearing this ring to honor your service. It can be given as a gift for a loved one or family member.

A Vietnam ring is an ornamental and decorative piece of jewelry made of various materials like precious stones and metals. These rings can also be personalized and customized to suit specific requirements and to reflect specific facts about the person wearing it. Such rings are available for all kinds of armed force personnel-be it Military, Air Force, Marine Corps or Navy. 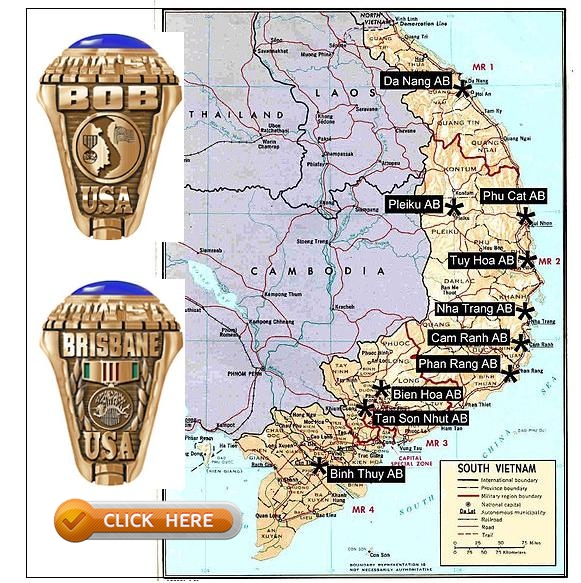 Wide ranges of custom Vietnam rings for Marines are available. These rings could be handcrafted to display your Marine Corps Division or Marine Air Wing Division initials and Insignia inscribed on the face. They could also be customized to display your rank, name, division, place of service and the year of service. You and your marine team could also get together and customize your rings to commemorate a particular deployment you were all part of. Anything common within your marine battalion or symbolic of your group could be depicted in the rings. Such customized Marine Corps rings bring a sense of exclusivity to the wearer.

Vietnam rings will make you stand out distinctively from a group of civilians. They show to the world the services rendered by the wearer of the ring during the Vietnam War. They also instil a sense of pride and belonging. When you or your loved ones wear the ring, you are treated with a respect that you rightly deserve for serving the country in the time of need.